Yes, we’re referring to the movie. In case you haven’t seen it, It’s a Wonderful Life is considered one of the most inspirational movies of all time. It centers around a man named George Bailey (played by James Stuart) who finds himself at a serious crossroads in his life, and despite his wife, Mary (Donna Reed) being ever the support system, George fails to see it. 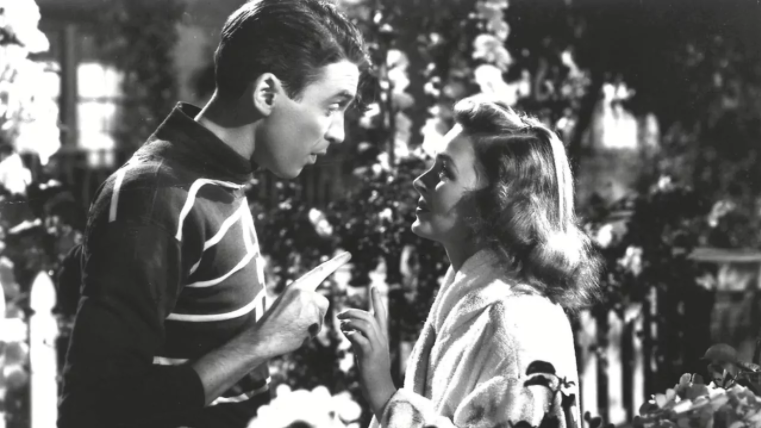 Clarence (an angel played by Henry Travers) steps in, and inspired by George’s ramblings of how life would be better for everyone had he never been born, Clarence shows him what their lives would’ve been like – mild spoiler, George was wrong.

Cool, but what does this have to do with dating?

Honestly, it’s not just about dating, it’s relationships in general. It’s a Wonderful Life is A’s favorite movie, and it’s because it reminds her that no matter what’s going on in our lives, all of our relationships are important and mean something. Whether you’re going through something, your significant other is going through something, your friends, family, whomever, make sure they know you’re there for them.

We don’t care what anyone says, no one’s life is perfect. But that doesn’t mean it can’t be wonderful. Take the good with the bad, the love with the heartache, and learn to balance all of it, because it’s what makes us human and relatable to the people in our lives, it’s where the deeper connections come from. When you recognize the flaws in others that you see in yourself it reminds you that you’re not alone. Embrace your perfectly imperfect wonderful life.

If you’re ever feeling like George Bailey, let someone be your Clarence, or your Mary and at some point you’ll be theirs.

We hope you all had a very happy holiday season and that the new year is treating you all wonderfully so far!